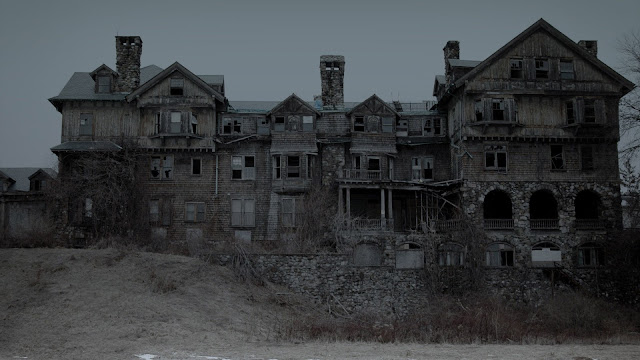 Technically a novel, but far from finished.

I've managed to keep up my 10k a week quota - quite proud of that.

Things are shaping up. It's become a lot easier to write lately, really getting into it, but I know I need to move the story along. That's hard, having written a fairly slow-burning chronological story so far. I need to find a way to skip a few months without breaking the flow.

Sure it'll come to me.

As I haven't shared much of this one, here's a couple of rough, unedited snippets. Some adult language.

It was almost midnight when there came a knock at the door.
Gethyn pinched the bridge of his nose and closed the window with the revolving monstrosity. His American clients wanted the plans ready to take to the council by the end of the week. Although they were pretty near perfect, he preferred to scour them for faults than lie in bed thinking about the past few days.
When he opened the door to find Bryn on the step, he wasn’t surprised.
He stood back to allow his brother inside.
They went through to the kitchen, the French door at the far end reflecting back the scene like a fresco. Gethyn went to put the kettle on, ignoring his brother’s request for something stronger. He already smelled as though he’d been drinking.
“Can I stay here tonight?”
“Sure.”
Gethyn turned to lean against the counter whilst he waited for the kettle to boil. His brother looked rougher than usual, those blue eyes of his rimmed with red. He couldn’t decide whether it was alcohol, lack of sleep or whether Bryn had actually been crying, but he wasn’t about to ask. He could stay because he was his brother. The less said about the other night, the better.
“So, the other night,” Bryn started. “You know, with Jen and everything. I’m really sorry you had to see that.” Gethyn nodded and turned back to fill two cups with teabags and milk. “She can really go off on one sometimes.”
“Did she have a reason to?”
“No. She just got the wrong end of the stick, is all.”
“Have you spoken to her since?”
Bryn was quiet for a moment. He started speaking again as Gethyn began to pour boiling water into the cups. “I went over there earlier. Took her a bunch of flowers.”
“What happened?”
“She wouldn’t let me in.”
“Does that surprise you?”
“What are you, judge and fucking jury now?”
Gethyn turned, one eyebrow raised.
“Look, I’m sorry,” Bryn said. “I’m just stressed at the moment. You know, I’ve got nowhere to sleep, that’s why I’m here. I’ve got to get to work tomorrow, and this is like twice as far. I’m going to have to get up before the sun.”
“You could have stayed with mum.”
“You know what she’s like.”
Caring, kind and taken for granted, Gethyn thought, but he knew better than to say it. His brother was in a foul mood, likely to kick off at the slighted hint of sarcasm. He brought the tea to the table and pulled out a chair opposite.
“There’s a set of spare keys on the hook.”
“Thanks. It’ll only be for a couple of days.”
“You think?”
“Yeah, it’ll blow over. Jen, she gets herself into these states sometimes, but she’s not the kind of girl to live alone. She needs someone, you know? Someone to tell her what’s what occasionally. Someone to throw things at.” Bryn gave the first sign of a smile, but it didn’t last.
“Are you sure? I held her, after you left. She couldn’t stand up she was crying so hard. I think that’s going to take more than a couple of days to get over.”
Bryn stared at his tea, turning it round on the table. “It’s a misunderstanding. She’ll come round.”
“Whatever the misunderstanding was, Adam seemed to believe it, too.”
“That loudmouthed cunt?” Bryn glared across the table, giving Gethyn a front row view of the part of his brother that had always unnerved him. There was a darkness beneath his skin, something quick to anger and slow to forgive. He could imagine his brother doing someone serious damage in that mood.
“Was he wrong?”
“Course he was fucking wrong. That little twat only thinks with his cock. He reckons every bloke on earth wants to get into Tracey’s pants, just because he can’t.”
Gethyn chewed his bottom lip and stared at the table.
“So, none of it’s true? You’ve never been out with Tracey, you’ve never even kissed her?”
“No. What is this, the Spanish fucking Inquisition?”
Gethyn met his brother’s eyes. What disturbed him was how convincingly he lied. If it hadn’t been for that night at Starfall, if he’d never witnessed Bryn cheating with his own two eyes, he would have believed him now wholeheartedly. It wasn’t easy to think something bad about your own flesh and blood, he would have given him the benefit of the doubt, probably even his sympathy. Yet, of the two crimes, it was the lying that upset him most. If Bryn had just admitted it, said “Yeah, okay, I had a moment of weakness,” he could accept that. But his brother needing to lie straight to his face, it meant he didn’t trust him, didn’t respect him.
“You can stay for a couple of weeks,” he said.

Łucja stood by the ring of trees, looking in at what they had achieved.
At first, she hadn’t believed it would be possible to relocate the cottage to the centre of the ring. Building by trees was always a bad idea. The radial roots could stretch more than twice the length of the tree, burrowing into foundations and sucking moisture from the earth, increasing the risk of subsidence.
Jen had sent over a soil expert to check the consistency. That was the first nod in their favour. The soil was mostly sand, with very low clay content. Clay was a bad choice for construction because it shrank when the trees drank too much, and expanded when it rained. That constant shift caused the foundations to sink.
The next stroke of luck came when they started digging exploratory channels. They were going to dig the foundations twice as deep as usual, to try to get beyond the root line. Whilst they were digging, they hadn't hit any major roots, nothing over two inches in diameter. Losing anything larger than that was bad. It could cause rot which would spread all the way back, killing many other roots and even infecting the main body of the tree. This made the trees unstable and likely to fall over in the wind. It was an awful lot of effort to go to, moving a building only to have it crushed by a gale.
Once it was established that both the soil and the existing roots weren’t likely to cause a problem, they set about digging the foundations. It was hard graft. There weren’t any major roots, but there were lots of little ones. It gave the mini-digger a tough time of things, and those with spades took regular breaks to let their arms recover. They were digging a trench about five feet from the main foundations, to insert a root barricade. It would hopefully stop most of the radials developing into a problem in the future, and keep the moisture levels around the foundations even.
The trenches where supported by wooden planks to prevent fall-ins overnight. Tomorrow, provided the rain held off, they would begin pouring the concrete.
She felt pleased with how things were going. The people on Jen’s list were hard working, and nobody had made any jokes about Polish workers yet, which was a rarity. The volunteers were keen. There were three construction students from Oreleton College, and a history undergraduate from Weychester, called Eden. Łucja hadn’t been too sure about her at first. She had no building experience and looked more like she spent her time sitting behind a desk, but she was a quick learner and had more stamina than appearances let on.
Łucja left the trenches and wandered to the edge of the tree line, looking out across the hills. She stretched her aching arms above her head and twisted her hips. It had been a while since she’d worked so intensely, and it would make for a good night’s sleep.
“Admiring the view?” a voice came from behind.
Startled, Łucja turned to see Lord Evermore standing a few feet away. Two large black hunting dogs wove between the trees on the opposite side of the circle.
“I’m sorry. I didn’t mean to startle you.”
“I didn’t hear you,” she said, lowering her arms and forcing a smile.
He was dressed in thick grey trousers, the bottoms tucked into a pair of leather riding boots. His jacket was cut from sage twill, with a beige polo neck beneath. In his left hand was a walking stick. He looked as though he had stepped out of the covers of Countryside Magazine.
“Nice dogs,” she said.
They came at his call, sniffing about Łucja’s legs and wagging their tails as she bent to pat them.
When she straightened, Evermore was standing beside her, staring out at the same spot.
“Do you not think the landscape magnificent?”
“Yes,” she replied, turning back. “It must have been a wonderful place to grow up.”
He was silent for a moment, before asking whether there had been hills where she grew up.
“Not exactly where I grew up, but not far,” she replied. “There are the Giant Mountains to the east, along the border with the Czech Republic. We tell many stories of Liczyrzepa, the old man who lives there.”
“The old man of the mountains?”
“They say he was once a great demon. He took the shape of a raven and terrorised those who walked on his land. Only, time has tamed him a little.”
“He has been forgotten?”
“No, we still know him very well, but he's not a demon any more. Now he helps people who are lost on the mountains. He shelters them with his cloak and brings them food. His other name is Rübezahl, the turnip ghost.”
“From raven demon to turnip ghost.” Evermore smiled. “That is quite a demotion.”
“They sell carvings of him in the town square for tourists to take home.”
“You do not approve?”
“I like that he is remembered, but he belongs to the land. You can pack his image in a suitcase, but not his soul.”
Evermore was staring at her, his dark eyes penetrating in the last of the light.
“This land has soul," he said slowly. "It remembers the stories of those who have lived here. The agonies and the tragedies. Those are our demons, Miss Kosmaczewski. The living will always make light of that which terrifies them.”
A breeze caught the back of Łucja’s neck and she shivered.
“I should get back, it's getting dark. There are some tools need cleaning and putting away.”
“By all means, please do not let me detain you. I’m sure it has been a long day.”
She nodded and began to make her way back through the centre of the circle. As she walked, the leaves in the trees rustled as though whispering to one another.
at 17:41