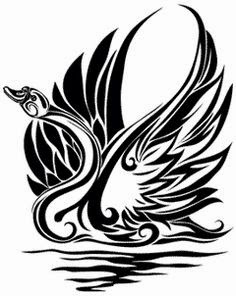 Just passed 10,000 words and have that old, familiar feeling that tells me this one is going to be a novel. That's a relief, after so long wondering whether I had another in me.

Work is really taking off at the moment, and I've been snatching time to write between signing development contracts. Today has been my day off, and I woke lazily, with the specific intention of writing. I did this for about an hour, then decided to go out and get a few real-world thing achieved (such as pricing a water tank - it's ironic to be writing about gods of the sea when I have no water coming out of my taps...). Got back just as the heavens opened. Tucked up in my office writing again to the sound of the rain.

I've been approaching this story with clinical determination. Unlike Rosy Hours, I have made little attempt to remember the ancient words I'm using. Each time I get to a place or a person whose name is tricky, I simply insert a question mark and continue. At a later date, armed with a Notepad list of each, I will go through and copy/paste them in. Doesn't sound much like the romanticised ideal of losing oneself in the characters, does it?

It was getting to the point where researching the period was making me afraid to write anything at all: did they have candles, tables, cheese - anything recognisable? I realised this type of obsessive research was hindering, rather than helping, the story, so I decided just to go for it. I'm lucky in that one of my trusted beta readers is a Gaelic-speaking Irishman with a love of folklore. I'm sure he'll pull me up on anything that doesn't feel right.

I've also just ordered a set of tin whistles to be sent out from home, as my next door neighbour expressed interest in learning, and I am missing music. There was a piano for sale in Kigali the other week, for far more than I could afford. The acoustics in my tiled house are fantastic, and it seems a shame it should go to waste.

Hopefully whistles, with a little help from The Pogues and The Peatbog Fairies, will get me into the swing of things. Re-telling an old tale is nice in a way. It's a therapeutic form of novel writing, in that you don't have to think too hard about where it's going - everybody already knows that - yet you still take time for detours and sightseeing along the way. It's the picnic of prose, enjoying the tasty bits and discarding the crusts.

Email ThisBlogThis!Share to TwitterShare to FacebookShare to Pinterest
Labels: my work, swan song