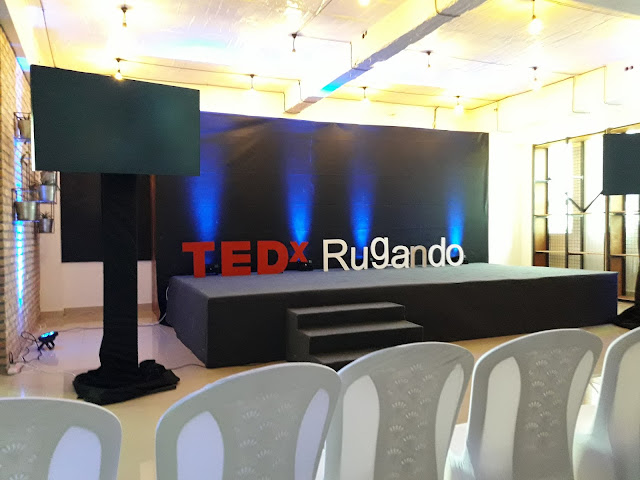 Went to a fantastic TEDx event last night in Kigali. It was hosted by Westerwelle Startup Haus. 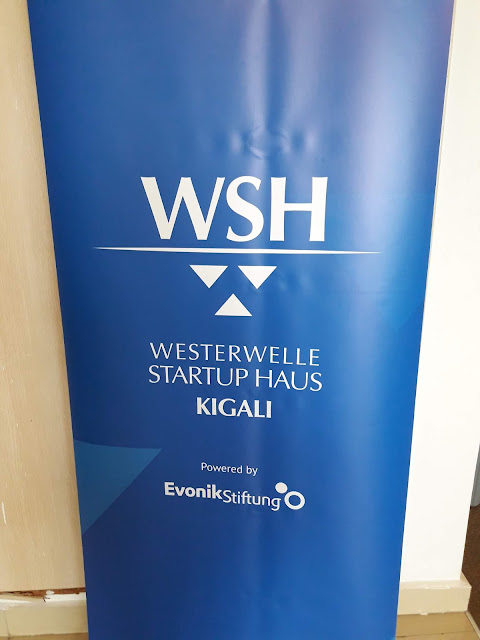 This place is in a building close to Lemigo Hotel and it has an incredible rooftop view. 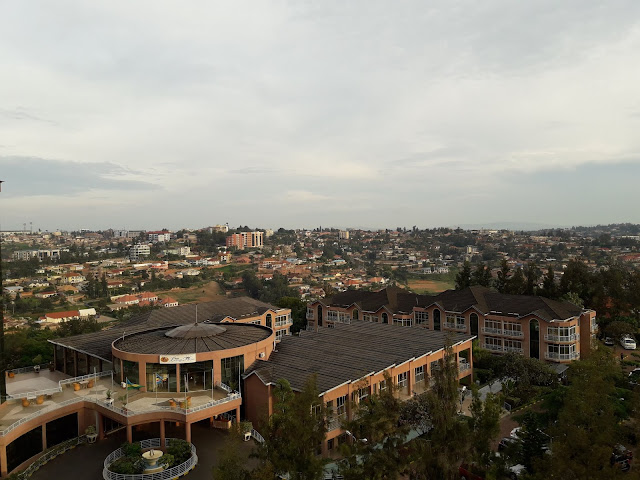 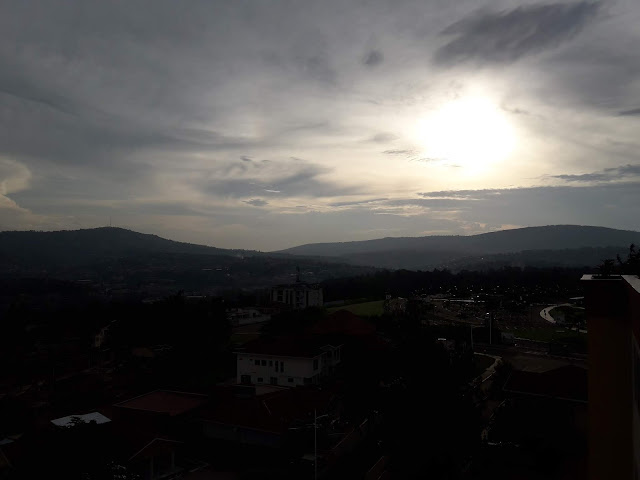 On one side you had a clear view of Kigali Convention Centre, which is currently the most expensive building in Africa. 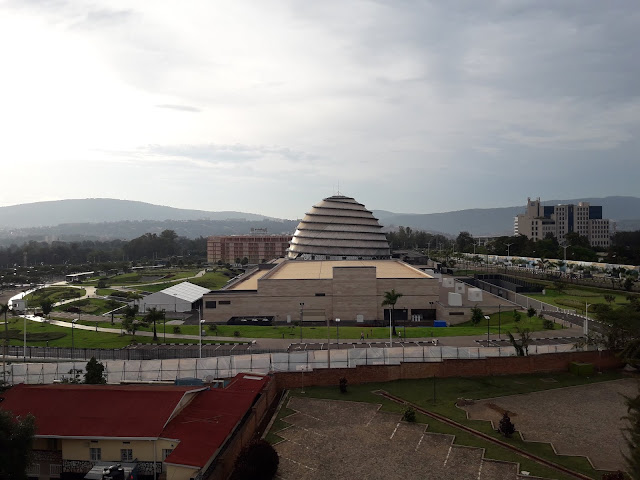 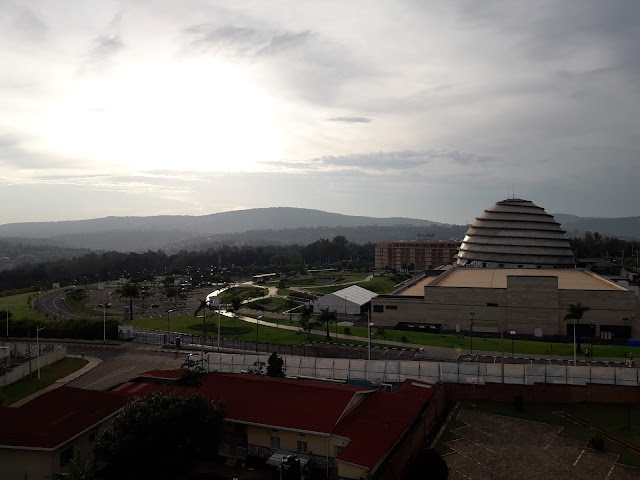 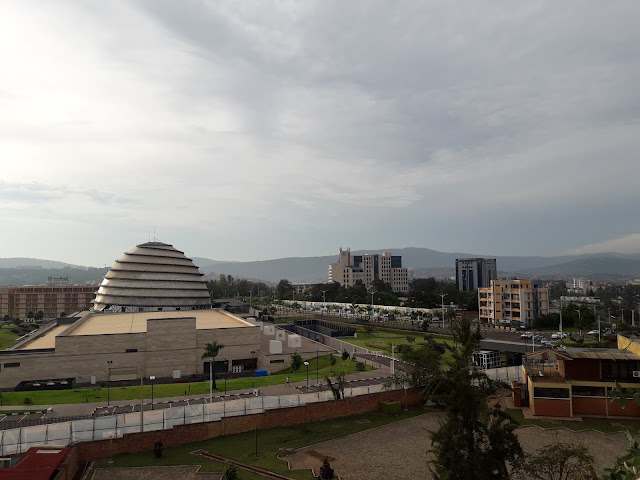 On the other side, you can see the Parliament building. Since 1994 bullet holes have been plastered over on residential properties, but they left a massive shell crater in the side of Parliament as a reminder. If you look up as you drive past, you can see it. 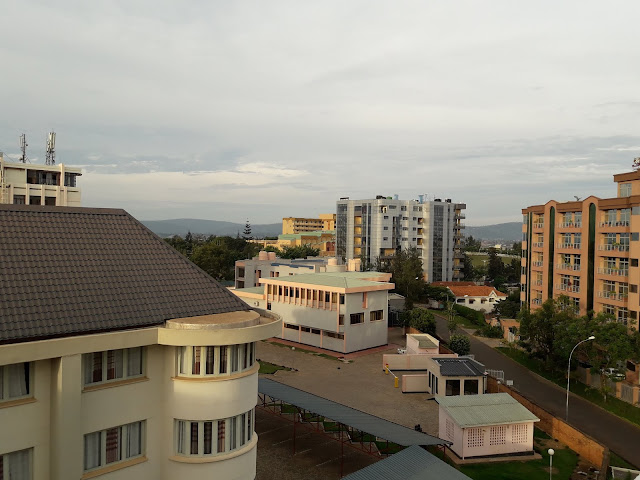 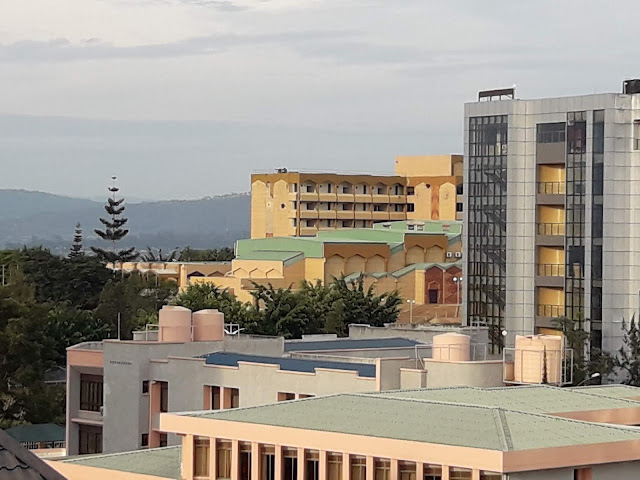 They were still putting the stage together as I arrived, but the place soon filled up. It was a really good crowd - looked like close to 100 people. 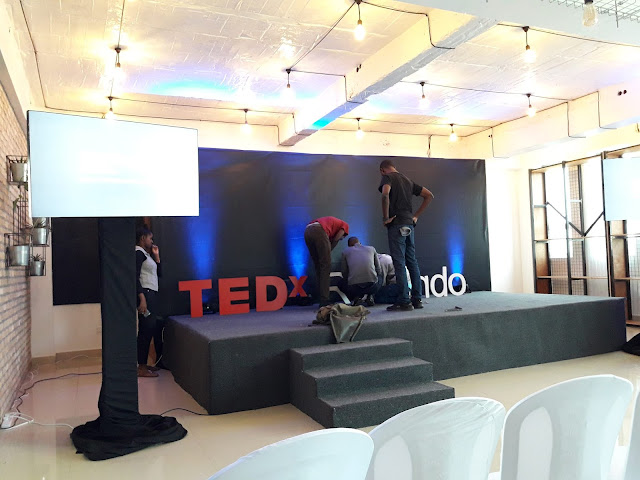 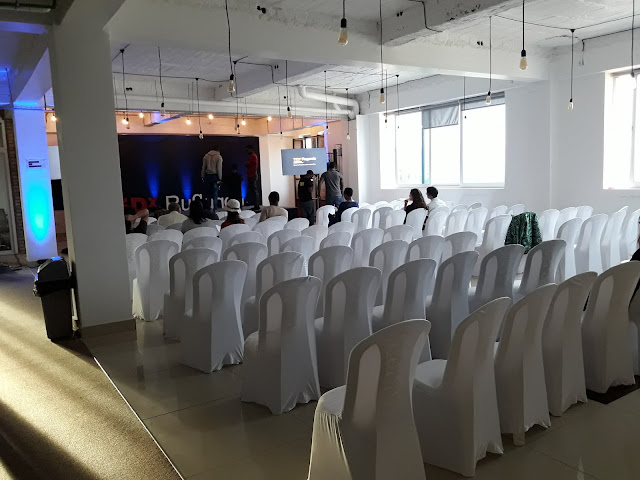 It was a really nice venue, and kudos for the funky lighting setup. 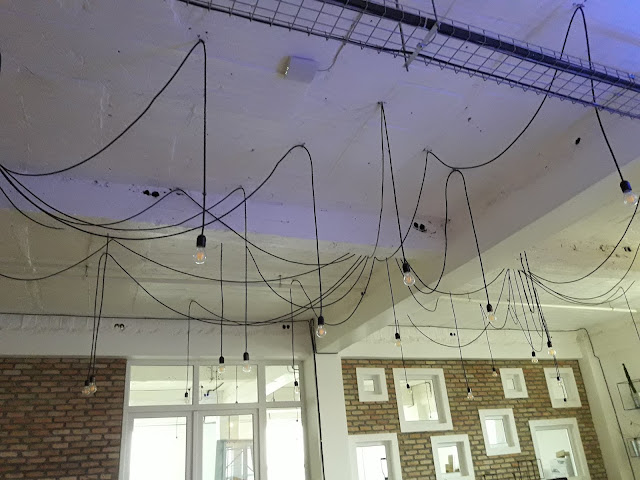 There were six speakers and two TED videos. My only criticism is that it would have been nice to have more information about the speakers on the programme, as the info on the website really focused on their business backgrounds rather than their idea and what they were going to talk about. Quite a few of us turned up expecting it to be more of a business promotion event and it was really pleasing to discover the diversity of speakers and topics. It was a really energising evening - as a good TEDx talk should be.

The first speaker was Kevine Kagirimpundu, co-founder of Uzuri, Made in Rwanda shoes, explaining how she took her love of fashion to the high street with the help of a local shoe maker. Next was Betty Tushabe, who founded Spoken Word Rwanda. Her talk chimed really closely with my own TEDx talk, in which she spoke about being forced to study law because of her mother's expectations, then finding her passion for policy making later in life - that 'click' moment.

There was music by Rwandan singer Mike Kayihura, performing a mixture of cover songs and original work. Captivated the audience - really beautiful voice.

The two TED videos were Andrew Youn, founder of the One Acre Foundation who are very big in Rwanda, on how we can end poverty, and Wanuri Kahiu on the importance of art for art's sake.

Norbert Haguma, co-founder of AfricaGen, talked about leapfrogging technology in developing countries. This is a big topic at the moment. The West took centuries and an industrial revolution to get to where they are technologically today, whereas Africa is in the strange position of having that technology (internet, computers, iphones) but a large portion of the population still using Bronze Age equipment to farm fields and cook with. Leapfrogging is how you bypass the need to replicate an industrial revolution by introducing non-technologically advanced populations to the technological solutions we have today. It's called leapfrogging, because you're jumping over industrial evolutionary steps to fast-track progress. This is why it should take less time for developing countries to catch up to developed ones than it took for developed countries to become developed. During his talk he mentioned the Great Green Wall, which is a project I'd heard about some years back, but didn't realise was still going ahead. It's a project to plant trees across 8,000 km of Africa to stop the progression of the Sahara Desert.

The last speaker was Gael Vande Weghe, who recently published an aerial photographic journal of Rwanda's diverse ecosystem, This is Rwanda. The talk was accompanied by many beautiful examples from his work.

During Norbert's talk about the future of technology and artificial intelligence, I felt like a Victorian woman listening to a lecture on the potential of electricity. Such a sense that we're so far behind what we're going to become. Exciting, yet unnerving.


I bumped into a couple of the speakers on the roof before they were due to go on. I didn't envy them their nerves, and we laughed about that universal sense of panic every performer gets before stepping on stage - and how that's multiplied tenfold with TED because you know it's being recorded. It was nice being in the audience this time.

A really excellent evening, very glad I went. Plenty to think about. Hopefully the first of many TED events in Rwanda. The talks should be available online in a couple of months. I'll post them once they're up. For now, you can see more at #TEDxRugando 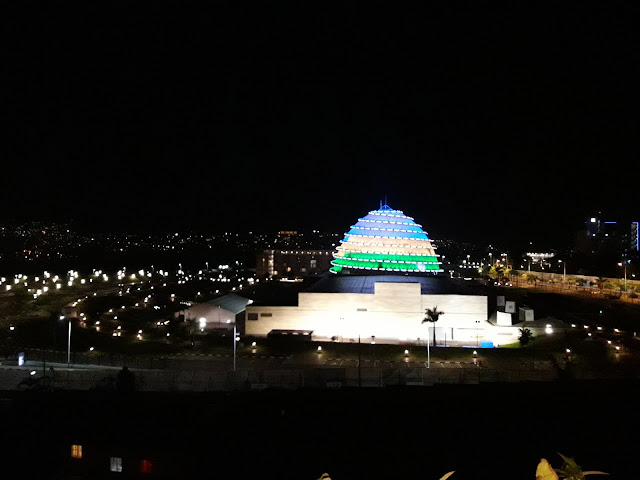