The Rising of Bella Casey 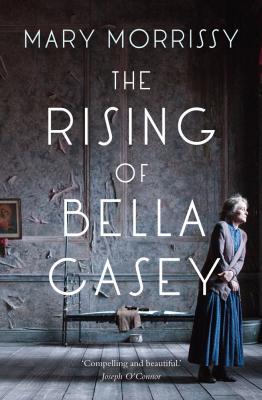 Had a read of this whilst away on holiday. I stumbled upon it on the publisher's website whilst looking for something else, and the brief synopsis caught my attention:

From a piano abandoned on the strife-torn streets of Dublin in Easter 1916, Mary Morrissy spins the reader backwards through the life of one-time enigmatic beauty Bella Casey, sister to the famed playwright Sean O’Casey.

An ambitious novel about love, history and literature.

As you may be aware, I'm currently trying to manufacture pianos in Africa, so anything to do with pianos pretty much has me. The Rising of Bella Casey weaves in a few lovely descriptions:

It was a Broadwood, an upright Broadwood, intact in all this ruin, offering itself to her. Indian rosewood case, inlaid panels and candle sconces, the lid open to show a perfect set of teeth, a music holder with a scrolled inset in the shape of a treble clef. She laid her hand gingerly on it. The wood was silky to her fingertips and she felt a rush of the sublime.

It was a Chapell [sic.] upright with turned columns and panels of fretted silk in the top door, with the name Elysian carved in gold above middle C.

But her proudest possession was a vertical Cadby, on which she'd made a downpayment at Butler's Instruments. It would not have been a proper home without a piano...

Home would always be where the piano was.

The descriptive was beautiful. You could become a pick-pocket of the imagination, listening to the smacking stammer of bunting, feeling a chilly estrangement tinged with shame whilst your breath came in globes on a cold night. Really nicely written. It also introduced me to the concept of gur cake, an Irish staple.

The Rising of Bella Casey stems from an interesting mystery surrounding the  Irish dramatist and memoirist, Seán O'Casey. It reimagines the life of his elder sister, Bella, tracking her fall from a bright young schoolteacher to an impoverished mother of many in a tenement building. In his memoirs, Seán O'Casey killed his sister off a full ten years before she actually died. This novel attempts to offer an explanation why.

A really nice surprise of a book. Bought on a whim, read with interest. It was longlisted for the International Dublin Literary Award in 2014.
at 09:11