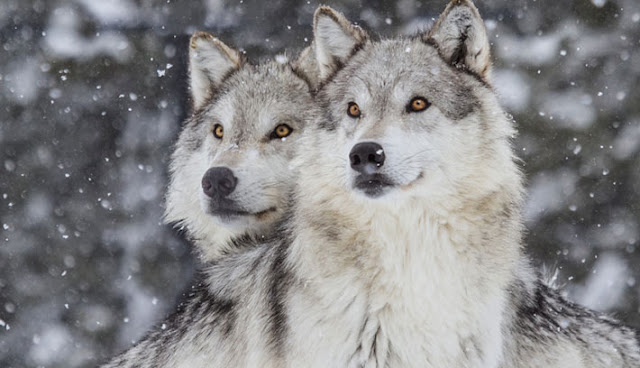 To celebrate, we had another minor earthquake. Wasn't as big as the one the other week, but woke me up from my afternoon nap. I like to think of it as the earth clapping.

I am absolutely in love with this one. It's writing like a breeze. To the extent I've completely stopped editing Creeper's Cottage. I still reckon this is going to be novella length, so I'm just going to enjoy it and then maybe edit both of the manuscripts and send them out on submission to different places at the same time.

This one deals with adult themes in the thick of a fairytale. I haven't killed off grandma yet, but didn't you always wonder who really did it? That wolf didn't half cop for a lot.

There's witches and woodland and gingerbread and all sorts of fantastical wonderment, with a dark, sexual twist. I haven't enjoyed myself as much since Afsar.

When I approached the old oak, the insects continued to chirp and the honey fungus glow. I did not feel in the least bit drowsy, and my tongue tasted spicy. Pressing through the woods, the way seemed easier. No spiders or wildcats awaited me. The trees seemed to draw back instead of closer. The distance seemed somehow shorter.
When I reached the cottage, it was lit by a bright moon, even though it should have been waning. Smoke curled from the stack, and all about was silent and still.
I walked to the door and knocked.
Tap, tap, tap.
No one answered, so I knocked again.
Tap, tap, tap.
I waited and wondered, and eventually pushed upon the door.
No one was inside, but a fresh pot of tea sat steeping on the table, two clay bowls on saucers. I did not know what to do. It looked as though I was expected, but it did not feel right to enter without the woman in the woods present.
“Hello?” I whispered to the dark.
The fat black cat appeared by my ankles. It sat for a moment before stepping over the threshold. It looked back once, put its nose in the air and curled up beside the low-burning embers.
“I am no Goldilocks,” I whispered. “I will not steal your porridge.”
In compromise, I took one bowl of tea from the table and sat on the cottage step. When the bowl was empty, I rested my head against the doorway and watched the moon make its journey through the sky.
The next morning, the woman in the woods found me, curled up on her step, fast asleep.
“Come in, child. You must be hungry.”
Rubbing sleep from my eyes, I stretched my cold bones and did as she suggested. She placed a dish of milky stirabout before me, with a crude wooden spoon. I sprinkled salt and began to eat.
“I was awake all night,” I said between mouthfuls. “I watched the woods and waited, but he did not come.”
“He came,” she replied.
“No, there was no one.”
“I know my home. I know who comes and goes. You were watching the woods whilst he was watching you.”
“Then why did he not step forward?”
“Because he did not wish to see you.”
The oats stuck in my throat, the warm milk gluing my tongue to the roof of my mouth.
“Why wouldn’t he wish to see me?” I asked.
She brought her own bowl to the table and stirred in a fragrant powder I could not tell you the name of.
“Look at you,” she said. “Is it any wonder?”
It felt as though she had cut me, and my confusion bled down my face.
“What do you mean?” I asked, my voice a whisper.
“Look at that fine cloak of yours. Look at your dainty blue shoes. All of that pretty lace about the collar of your dress. He felt ashamed.”
“Ashamed?”
She raised her eyebrows in confirmation and took a spoonful of meal to her mouth.
I found that I had lost my appetite, stirring my spoon about the bowl.
“I don’t understand. Why would he be ashamed of me?”
“He is not ashamed of you, he is ashamed of himself.” My blank look caused her to sigh and put down her spoon. “You were children together, you say?”
“Yes.”
“And when you were children, did you have that snowy white cloak, or those coils in your hair?”
“No.”
“You have changed, girl. He has not.”
“I never wanted him to change.”
“Stop thinking about yourself for a moment and try to feel his thoughts. Seeing you like this,” she swept her hand to encompass me, “has made him wish for things he does not have.”
“What things?”
“Elegance, grace, fine clothes, good manners.”
“I didn’t come here to be a princess,” I replied, the food heavy on my stomach. “I came here to climb trees and poke ants with a stick. I came here to be as we were.”
“Oh, my dear. You haven’t learned that lesson yet? Then I am sorry to be the one to teach it, but Time only takes us in one direction. That life which you long for, it can only live inside of you now, in your memories and your daydreams. You cannot be as you were, because neither of you are what you were.”
As she resumed eating, I stood from the table and left.
Each footfall felt as though the earth shook beneath me. When I reached the mighty oak, I rested against it for a moment, leaning in against its solid form, hoping a little of its strength might seep into me.
I had waited so very, very long for a glimpse of him. He had entered my dreams many times and in them we had run through the woods and rolled in the leaves. Some nights I dreamed of the storm which had brought him. I saw his pale face at the window, my own image reflected back between lightning strikes. Each time I heard the thunder roll, I thought I heard his heart calling to mine. I remembered that day he had been taken away, how silently he stood beside my grandmother. How he did not try to run after me as I followed my mother up the path to home.
at 18:09

Email ThisBlogThis!Share to TwitterShare to FacebookShare to Pinterest
Labels: wolfish