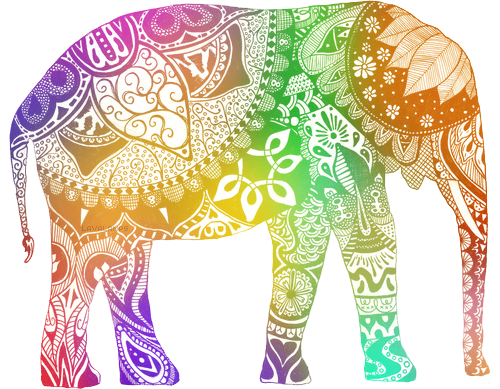 Continuing my Writing101 [find the updated writing course here], a really standard - good - piece of advice is to avoid repetition in sentences.

More broadly, to avoid repetition of words and phrases within the same paragraph.

But repetition of which words?

Let's call those the little words or the joining words. Forget about those, they don't matter. (Unless you're repeating had a lot, then check out my post on past tense.)

What we're most concerned with are the key words - the verbs (doing words) and nouns (naming words).

Out of those two, it's the verbs you particularly want to watch.

Accepting this is really dull descriptive, the amount of repetition makes it even more painful.

For the purposes of repetition, it doesn't tend to matter whether the word being repeated has an -ing or -ed on the end. Walking/walked/walk, climbing/climbed/clime, swimming/swam/swum - it's a matter of tense, but you're still repeating the same action.

As an imaginative, creative writer, it shouldn't be too difficult to think up other ways of describing the same action.

James climbed the stairs and walked along the landing. He opened the bedroom door and flicked the switch. Seeing that Stacy was asleep, he turned off the light, headed along the landing and went up to the attic to read for an hour. Back downstairs, in the bathroom, he looked at his face, illuminated in the mirror.

If you get stuck, hit SHIFT+F7 in Word, or use an online thesaurus. The wonderful thing about the English language is that it has dozens of words to describe the same thing. You can walk, stroll, amble, meander and saunter. You can run, rush, sprint, dart and dash. You can think, consider, reflect, ponder and ruminate.

However, there are limits.

And those limits are easier to breach with nouns.

On the whole, you don't need to invent new names for an object if it has a practical use. For example:

Jane sat at the table with a glass of milk. Jason was listening to the radio and it was getting on her nerves. She took a final sip and slammed the glass down, making a loud bang.

Adrian had bought Annie a beautiful bunch of flowers for her birthday. Whilst the Sunday roast was in the oven, she spread them out on the table and began arranging the flowers in her favourite vase.

There were three forks and two knives on the table. Toni had never eaten at a posh restaurant before. He tested the sharpness of the smallest fork with his finger and winced. He knew one of them had to be the salad fork, he remembered that from watching Pretty Woman. But what were the other two? And why were there three forks and only two knives?

None of the repetition in those sentences really matters, because the thing you're talking about is an actual, physical object. You could replace bunch of flowers with bouquet, no problem. But always watch out for continuity. If you start playing around with nouns in the middle of a sentence, things can get confusing:

Jane took her favourite flower vase out from under the sink. She filled the ceramic jug with water and placed the container on the counter. Once the flowers were arranged, she popped the urn in the window where everyone would see it.

All four of those (vase, jug, container, urn) might be the same thing - we assume they are because of the context - but it's a bit confusing. The reader has to re-imagine the object each time you mention it.

Verbs are easier to play about with, and more noticeable when repeated.

But the main point underscoring all of this is: does your writing sound natural?

Charlotte walked to the car, realised she'd forgotten her keys, and loped back to the garage to find them. Sauntering over the grass, she stopped to remove a stone from her shoe before ambling back to the vehicle.

Edward had misplaced his glasses. He felt down the back of the sofa, but couldn't locate his spectacles. As he stepped back, he heard a loud crunch. With a sinking feeling, he knew that he'd just stood on his vision aid.

I once read a good novel where the author unfortunately felt self-conscious about his repeated use of the word elephant. He replaced it, peppering his prose with pachyderms. Nothing could have sounded more awkward.

If you need to think of a dozen words to describe a character walking, perhaps your character is doing too much walking? Cut out the walking and get to where they're going.

Natural use of repetition is something you learn through, well, repetition.
at 14:29