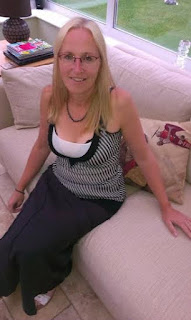 Based in Northamptonshire, England, Morgen "with an E" Bailey is a freelance writer, editor, creative writing tutor, blogger, speaker, and 2015 Head Judge of the annual H.E.Bates Short Story Competition. Author of numerous ‘dark and light’ short stories, novels, and articles, Morgen is also an occasional dabbler of poetry. Like her, her blog is consumed by all things literary. She is also active on Twitter and Facebook, along with many other platforms (listed on her blog’s Contact page).

Her debut novel is the chick lit eBook The Serial Dater’s Shopping List. She is working on eight others – various shades of crime – and has several eBook collections of short stories and writing workbooks available. Find out more on her website, Amazon.com, Amazon.co.uk and Smashwords.

Morgen helps other authors with an inexpensive freelance editing and critiquing service, and actively helps to promote guest authors on her blog – see opportunities.

MGW: Welcome to my first ever guest feature on this blog. Rather than just waffle on about me, I've reached out to author friends and people whose work I admire, to bring you different perspectives on literature and creative writing.

I've undertaken guest posts in the past, especially in the run-up to Rosy Hours' release, and know that it can be a sociable and engaging way for authors to share their work and their experiences. So, without further ado, here is a guest post from my friend Morgen Bailey. She's a scribeoholic, a prolific producer of creative writing guides, articles and short stories, who runs creative writing sessions around the county for Northamptonshire council. I have previously blogged my attendance at one of her earlier courses.

An all-round lovely lady, here's what she has to say on the difference between pacing a novel versus a short story.

The Need for Speed: Pacing in Novels vs Short Stories
Morgen Bailey

There are three components to most stories: character, setting (location) and plot. The most important is the character because if you have a character the reader cares nothing for, you can have the best plot but it falls flat because the reader isn’t interested in what happens to your protagonist. If they do, then your next job is to make your plot engaging.

Stories (of any length) are usually made up of a mixture of dialogue and description. Dialogue usually speeds up the story whereas description, especially if a chunk of it, slows it down.

The genre you’re writing can also determine how you want to write. A fast-paced thriller will automatically need shorter, sharper sentences than a slow-burning historical saga.

I cover ‘Direct vs indirect action’ on my page where I say:


Try and make your writing as direct as you can.


What do I mean by that? Have the character (Ted) throw the ball rather than say ‘The ball was thrown by Ted’. Also, instead of saying ‘Ted saw the train speeding towards the car’, having the train speeding towards the car means you’re closer to the action.” Your readers will appreciate it as your writing should already have them feeling like they’re Ted.

You also don’t want to make your chapters too long. I read (and enjoyed) Graham Hurley’s debut novel, Nocturne, but at three 100-page chapters, it felt more disjointed because I wasn’t stopping at a natural break – I rarely read novels in one sitting. This is possibly one aspect of why James Patterson novels are so popular; because he has very short chapters. One of my favourite books is his Michael Ledwidge’s Step On A Crack, a fast-paced heist thriller.

I’ve subtitled this article ‘pacing in novels vs short stories’ because they do differ. While you can elaborate in novels, every word really does have to count in short stories. You don’t have the space to go into depth, to have long passages of description, however beautiful it might be. Of course, your readers will want different things from your writing; I glaze over at detailed descriptions whereas one of my writing group poets loves them. I love reading and writing flash fiction so they tend to be short and snappy.

Of course the lack of quantity doesn’t mean you can skimp on the quality. Your reader still wants to be entertained, learn something new, feel for your characters, but they also want there to be a risk, a dilemma. Having your character sitting around drinking cups of tea maybe company for them, but it serves little purpose, unless there’s a wrecking ball looming over their veranda and they’re sipping Earl Grey, blissfully unaware. To ensure your narrative drive, every scene has to have a reason for being there, your writing has to grip the reader, make them want to know what happens next, that the characters they’ve grown to care for are going to be OK.

Readers should remember your book for all the right reasons, and finish the last page feeling happy, drained – both is the sign of good writing – if that’s how you feel after you’ve written it, then it’s definitely a job well done.

What’s the ‘fastest’ story you’ve read? Do you have any of your own tips for speeding up a read, while not losing enjoyment? 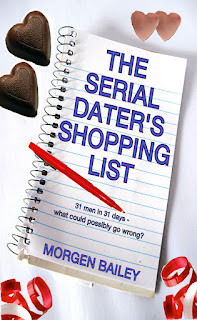 Morgen Bailey's debut novel The Serial Dater's Shopping List is the story of a journalist who decides to take online dating to the extreme, dating thirty-one men in thirty-one days all in the name of research. Morgen is also the author of numerous creative writing guides, including The 365-Day Writer's Block Workbook and assorted short story collections. Find her online, on Twitter and on Facebook.